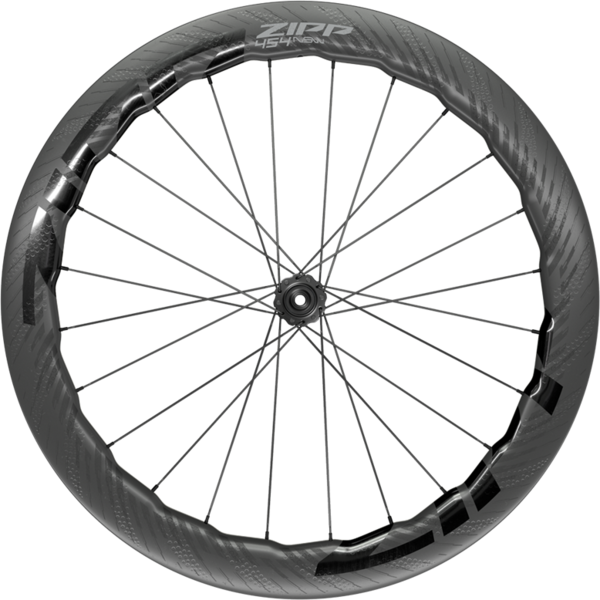 Our top road pros demanded we offer the revolutionary Zipp 454 NSW as a Tubular, so we made it just for them…and for you! The 454 NSW Tubular Disc-brake wheels bring together the advanced aerodynamics and stability of its biomimicry-derived Sawtooth rim profile with the benefits of disc braking. This wheelset was developed for professional racers as well as cyclists who prefer the time-proven ride qualities of riding tubulars with cutting-edge aero technology. Utilizing the principles of the emerging science of biomimicry, Zipp engineers studied the environment around them for instances of how nature achieved speed, control, and efficiency. A humpback whale's fast and graceful movements are aided by tubercles on its pectoral fins. These structures inspired Zipp advanced development engineers to, for the first time, systematically apply biomimicry to solve the complex challenge of designing a wheel, with the undulating Hyperfoil nodes that reduce both aerodynamic drag and side force.